This video is the first of a series which highlight locations from my novel “Broken”. This one focuses on the Druids Temple at Ilton in North Yorkshire.

The Temple is close to Masham in North Yorkshire, but is quite isolated in a plantation near the settlement of Ilton. The plantation was originally owned by William Danby, a wealthy landowner of Swinton Park. Danby was an old Etonian who studied at Christ’s College, Cambridge. In 1820 when Danby was sixty-eight years old, he started a project in the woods near Swinton park. The creation of a mock-neolithic stone henge. Workers were paid a shilling a day to erect the standing stones. Within the henge sits a sacrificial alter stone, a portal cave and a stone table. An avenue of standing stones leads to the temple, and scattered in the woods surrounding, a jumble of cromlechs, menhirs and stone towers. Over the years, there have been numerous  rumours that the Temple at one time had been used for black-magic rituals.

In my novel “Broken” the Temple makes an appearance near the end of the book. If your curiosity has been peaked, you can purchased the novel in paperback or ebook on Amazon: UK http://amzn.to/1M3DkUC United States http://amzn.to/1AMq5kZ And other Amazon outlets. 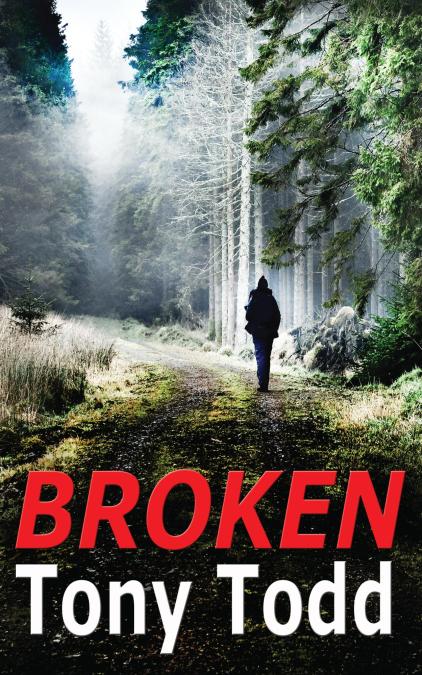 When university lecturer Morris Lane’s grandfather is found brutally murdered in his home. There appears no motive for the killing. But  before long Morris uncovers a secret that will ultimately threaten his life. As Morris digs deeper into the riddle, each revelation reveals another piece to the puzzle.
But before long, Morris’ life starts to unravel as he loses himself in sea of sex drugs and alcohol. Who will save Morris from himself. Will it be beautiful student Skye Laroche or police detective Dobrilla Koudelka.
As he lurches from crisis to crisis, Morris realises that his life is ultimately BROKEN.  His only chance of redemption seems to lay in solving the mystery of his grandfathers death. But, will collecting the pieces of the puzzle help reclaim his soul or will it leave him reeling at the hands of an obscure enemy…

It’s taken a while, but now my first novel BROKEN is finally published and available. The genesis of the story occurred many years ago when I worked in the Department of Behavioural Science at Huddersfield Polytechnic. I was reading: “The Sociology of Georg Simmel” in my little basement office, when I came across an idea for a story. However, the time to write the novel never materialised. But, a few years back I decided to give up work and concentrate on writing full time. BROKEN is the outcome.

BROKEN is not your usual police procedural crime thriller. Instead the main protagonist is a university lecturer. That’s not to say, there are no  murders, mysteries or puzzles, there certainly are. The novel is set in 1979 in Yorkshire. Those of you old enough to remember the seventies will know what an interesting time it was here in the UK. It was great to be able to go back to a world of divisive politics and social unrest. From SUS laws to the Southhall riots. And, it was amazing to re-visit some of the amazing music the seventies produced.  Heavy metal, prog, punk, reggae, funk and soul. Whatever you bag, there was something for you. I have tried to get a flavour of that into the novel.
So here comes the advert! If you would care the check out the book, it is available on Amazon in all regions. I really hope you do check it out. It’s been a labour of love.